Salt of The Earth - I trained her myself

Blogger Comments:  Maybe Blakely will himself get a letter from Ana at the sentencing phase of his hearing.  He did train her, you know?  Taught her everything she knows.  Hey! Maybe that is why she was indicted.

From Blakely's on lips:  Limestone County Sheriff Mike Blakely, who himself is indicted on unrelated state charges of theft and abuse of power, employed Franklin at her first law enforcement job in 1999. “I have never known Ana to be dishonest and I hope and pray your court will show mercy on her upcoming sentence date,” Blakely wrote in a letter to the judge. “I have been told by many tax experts that in most cases for which she is charged, people merely were able to pay and penalty and correct the problem.”

We can't wait to see the comments on this one.  By the way public, if you only knew the rest of the story.  In due time dear citizens. 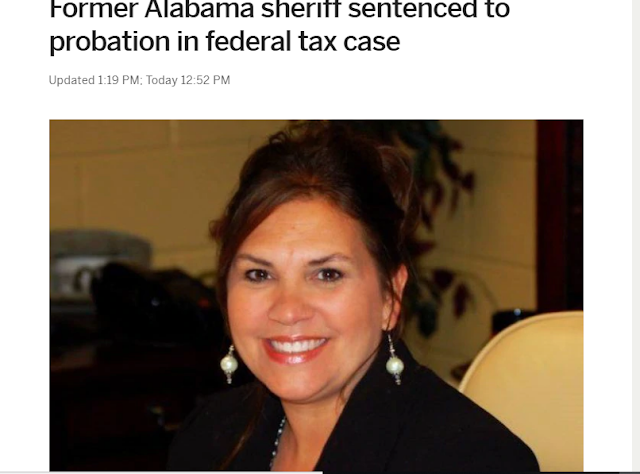