Blogger Comments:  So! What part of this issue do the lawmakers need to ponder?  In the state, we have 49 sheriffs that refused to comply with the request for their inmate food records.  Many of these sheriffs have abused the civil forfeiture to their advantage.  None more so than the previous sheriff of Morgan County.  The rules are more like a license to steal from citizens just as the inmate food fund guidelines the sheriffs used as a legal license to steal inmate food funds.

Alabama needs to get it together arrest and convict those who abuse their offices instead of giving them a slap on the hand.  You sure don't treat the citizens the same way.  The citizens need to take note of how well the white-collar politicians are treated in the judicial system and plead the Franklin defense, the Hubbard defense, or the Henry Defense.

We are proud that one of our own here in Morgan County who realizes that changes should be made and that citizen's property should not be seized prior to conviction. 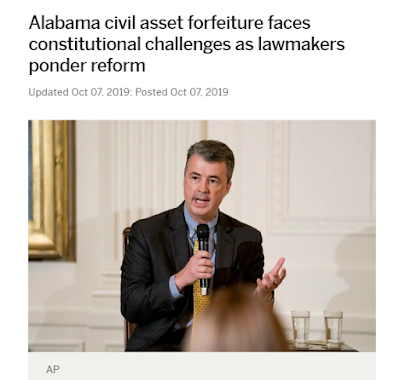 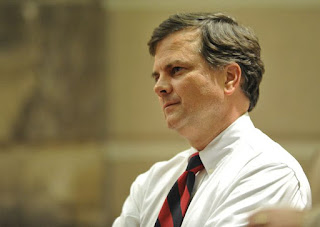 HVT
State Sen. Arthur Orr appears at a leadership class in Montgomery on March 6, 2013.
An overhaul to the process has been slow going in Montgomery as a Republican-dominated Legislature has heard opposition from the District Attorneys Association and groups representing police chiefs and sheriffs.
More attention to the issue has been paid since February’s U.S. Supreme Court decision in Timbs v. Indiana in which the court ruled that authorities violated the constitutional prohibition on excessive fines when a $42,000 vehicle was seized from a man who pleaded guilty to selling $225 worth of heroin to undercover officers. 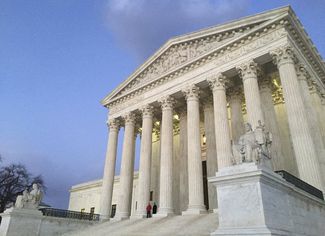 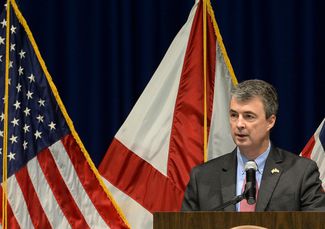 Alabama AG Steve Marshall says civil asset forfeiture works fine; GOP opponents disagree
Alabama's Attorney General says the civil asset forfeiture program in Alabama "must be preserved," and his comments represent the strongest support for a program Republicans and Democrats believe needs fixing. Two of his GOP opponents are also advocating for reform.
Marshall’s office, in the Sutton lawsuit, said that the Timbs ruling doesn’t apply. Sutton’s case involves seizing a vehicle that was involved in trafficking methamphetamine. The minimum amount of any fine for trafficking meth is $50,000, according to Marshall’s office.
“Although (Sutton) does not allege any facts as to the market value of the 2012 Chevrolet Sonic, she cannot make out a plausible claim that seizure of her vehicle would be ‘grossly disproportional to the gravity’ of an offense carrying minimum $50,000 fine,” the legal brief filed by Marshall’s office states.
Still, the Supreme Court ruling and the recent lawsuits could fuel more calls for legislative reform early next year.
Carla Crowder, executive director with Alabama Appleseed, said the Culley case is “yet another outrageous example of why legislative reforms are desperately needed to curb civil asset forfeiture abuses.”
“Our hope is that the Alabama Legislature will recognize the obvious injustice here and in scores of other documented cases and not wait on the litigation to work its way through the courts,” said Crowder. “We need a law that both requires a criminal conviction before the state can take people’s stuff and protects innocent property owners by requiring property be promptly returned unless the government can prove the owner knew it was involved in a crime.”
Public opinion shows support toward reform. A 2016 Cato Institute poll showed a whopping 84% oppose civil asset forfeitures. In 2018, a poll commissioned by the Institute for Justice and YouGov showed that 59% oppose civil asset forfeitures while only 25% supported them. The same poll found that 76% of Americans would be more likely to vote for a congressional candidate who supported requirements for a criminal conviction or raise the standard of proof to forfeit property.
State Sen. Arthur Orr, R-Decatur, has been at the forefront of legislation requiring criminal convictions before law enforcement can seize properties and keep it. Legislation seeking an overhaul of the system has stalled twice in each of the last two sessions.
Orr said the lawsuits highlights a sense of urgency for lawmakers.
“I think they definitely show to policy makers in Montgomery that there is potentially a judicial fix for the issue if we don’t take legislative action,” Orr said. “With the judicial decision, the control of how we tailor Alabama’s situation legislatively will potentially be taken out of our hands by a courtroom. We can determine our fate as lawmakers in drafting a revised law of our own choosing and making … (but) if we allow the courts to do it, some of the discretion may be taken out of our hands.”