Folks, we are proud of our DA.  He isn't taking any lip from Attorney Bill Gray who didn't like the fact that DA Scott Anderson shared with the citizens an agreement he recently made.

Suck it up, Gray.

On another note.  It looks like Sheriff Blakely has some answering to do.  It's been a long time coming.  Some of these sheriffs both past and present believed that they are untouchable.  The question is if all the sheriffs who have committed crimes, felonies, ethics violation go to jail whose going to house them?

At least one of  Blakely's campaign donations he allegedly used is a very bad dude.  Also, involved with a previous sheriff of Morgan County.

Hopefully, some judge somewhere makes an example out of these rodeo running sheriffs who pocket money that doesn't belong to them.

You would think that as much inmate food funds that Blakely has had access to over the years he would not need to "need interest free loans."

Blakely showed prior Morgan County Sheriff's the ropes and they screwed up our county.  Now! Maybe Blakely will get some payback.  Of course, Blakely did not make grown adults do the things they did; they chose to be dirty cops. 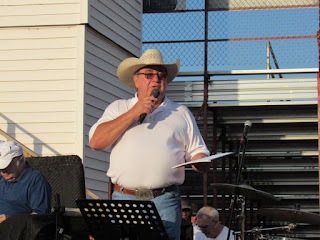